I have been involved in archaeological research since 2004, working in Belize, Honduras, and Guatemala. My research investigates diverse Maya political strategies—how ancient communities navigated a complex world of powerful warring cities using strategies such as religious cults, long-distance trade, and control of the landscape. Below are descriptions of my recent research projects.

Both cotton textiles and cacao are known to have widely served as money upon Spanish contact with Mesoamerica in 1519, yet their most ancient uses appear to be restricted status display. When and why these items began to circulate as currency has been the focus of my recent research. A re-analysis of available archaeological, archaeobotanical, epigraphic, historical, and iconographic information demonstrates that the monetization of cacao and cotton among the Maya took place during the 7th century, a period of intense political rivalry between two powerful Maya kingdoms, Tikal and Calakmul. Each attempted to consolidate its political influence by widening exchange networks, thereby making cacao more available across social classes. These political actions were justified through discourses revealed in mythic narratives, in which the subjugation of cacao producers was represented as a triumph of moral authority. Households, meanwhile, responded to wider economic networks by shifting their textile production practices in order to access newly available goods. Finally, Maya courts imposed standardized sizing and counting of textiles and cacao in order to facilitate their collection as tribute. I have published the results of this work recently in two articles in Economic Anthropology and Journal of Anthropological Archaeology. I am also in the process of co-editing a volume, under contract with Berghahn Books, to be titled The Archaeology of Debt, Finance, and Money. See “Curriculum Vitae” for more information.

I am the director of the La Florida Archaeology Project, together with Liliana Padilla and Christopher Martinez (visit floridanaranjo.net for more information). La Florida, known anciently as Namaan, is located on the south bank of the San Pedro River, not far from the border with Mexico. The San Pedro served as an important commercial highway, linking the cities of Central Peten to the fertile plains of Tabasco. La Florida is strategically situated along trade routes to the Usumacinta Valley as well. We believe that La Florida was an active participant in trade with Tabasco, especially in cacao. Preliminary data indicates that the site was rapidly settled during the 7th century. 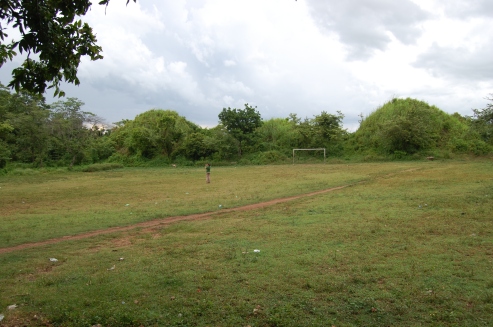 A plaza of La Florida

Epigraphers have recognized references to the Namaan polity in inscriptions from many different sites, indicating La Florida’s widespread political contacts. We believe that La Florida’s prominence came from its role as a trading center, probably specializing in cacao from the fertile groves of the Tabasco Plain. 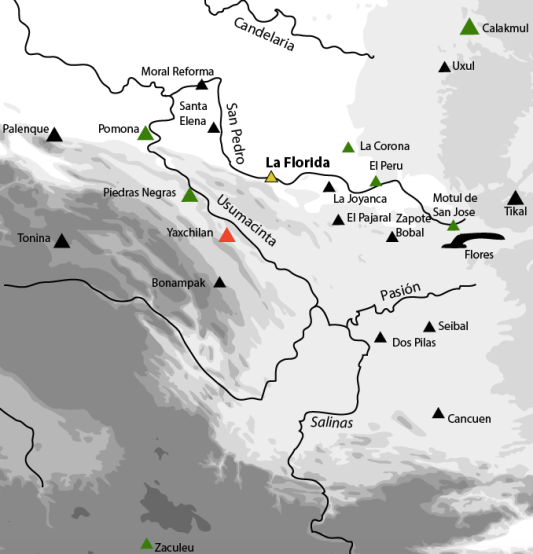 Today, La Florida is located in the middle of El Naranjo, a growing border town that is linked via paved road to tourist destinations in Guatemala and Mexico. It also provides vehicle access to remote regions of Laguna del Tigre Park, north of the river. 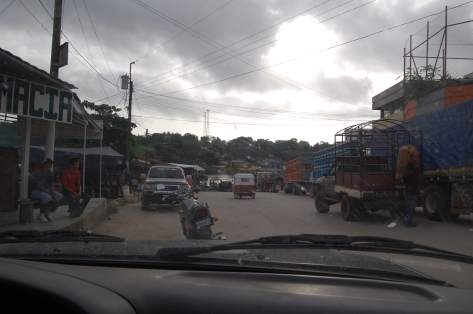 Since 2014, we have worked with officials from the mayor’s office, and they were instrumental in helping us organize the 2015 field season. Seeking to protect and develop the site, they asked us to map the ruins the hope of designating an archaeological park.

We conducted this mapping in July of 2015 with the help of students from San Carlos University in Guatemala City and Brandeis in Boston. We also worked with local leaders to develop a school workshop, distribute brochures for tourists, and build relationships with modern residents who live near the archaeological site. Click here for our 2015 season report (Spanish). 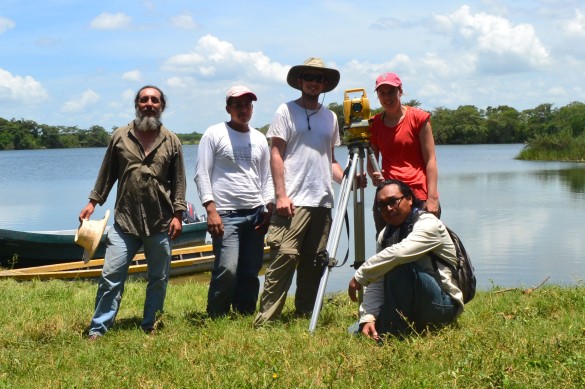 In October of 2016, we conducted excavations and surface collections throughout the site. Preliminary data suggest that La Florida was settled comparatively late, possibly around 550 A.D. While conducting further mapping, we were also surprised to discover a new carved monument, La Florida Stela 16. The latest known monument from the site, it depicts a royal woman scattering incense in 785 A.D. Photos and season report are available at floridanaranjo.net. 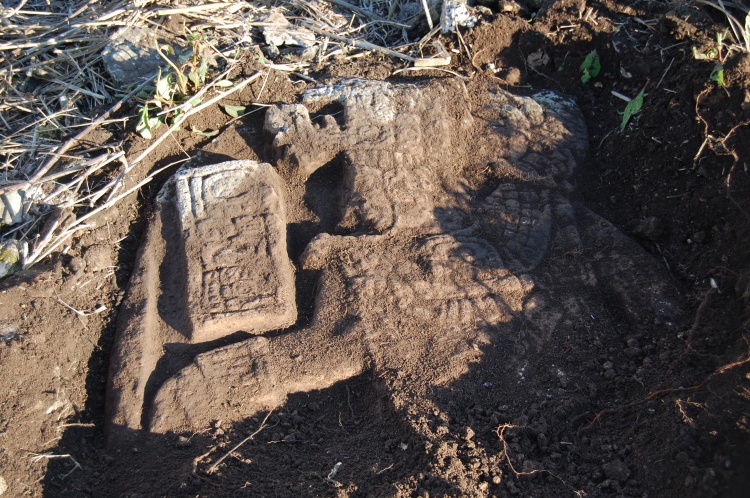 During the 2017 field season, we conducted further survey work along the San Pedro River to the east and west of the site. Don Alfredo Morales, Auxiliary Mayor of El Naranjo, also allowed us to explore his parcel of land to the south of the site in the foothills of the Sierra Lacandon mountains. Here, several caves overlook a pass giving access to the San Pedro River Valley. Ceramics in the caves indicate that they were occupied and, we suspect, were used to strategically control passages through the foothills. 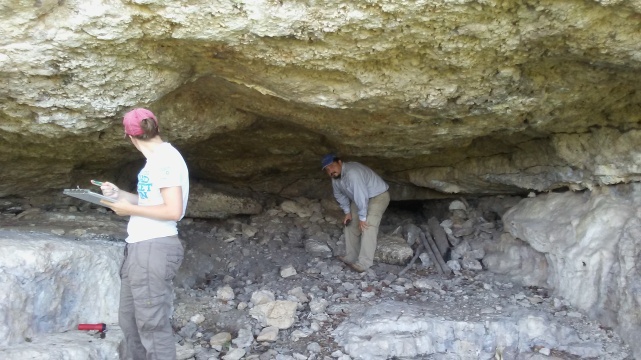 Explorations at the mouth of a cave in the Sierra Lacandon foothills. Photo by Jose Subuyuj. 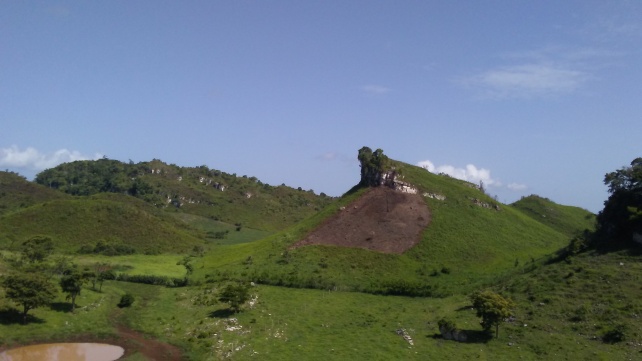 A view from the same cave shows a path through the hills. Another cave is located at the base of the cliff seen across the valley. Photo by Jose Subuyuj.

The 2018 season continued investigations of the caves first explored in 2017, revealing the presence of a low rectangular structure at the base of the hill in front of the largest cave. We also excavated an elite residential structure in the site’s main group, further confirming the site’s chronology in the Late Classic. 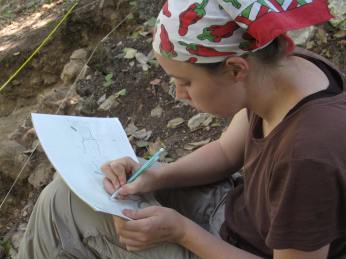 My 2016 book, Patron Gods and Patron Lords, the Semiotics of Classic Maya Community Cults, investigates how rulers and their subjects used patron deity cults to form identities, compete with political rivals, and negotiate relationships with other towns. In addition to evidence from over 200 inscriptions and ethno-historic data from later periods, the book analyzes the results of five seasons of excavation at the La Corona Regional Archaeology Project, directed by Dr. Marcello Canuto and Lic. Tomas Barrientos. See “Curriculum Vitae” for more.